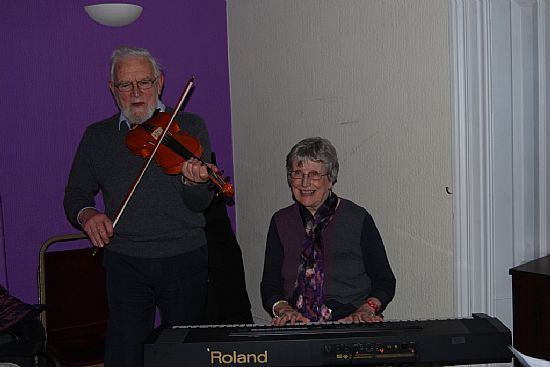 Our Patrons are Eric and Helen Allan (above) and our Independent Examiner of accounts to date is Anne Maciver.

The FoHM constitution, which can be viewed through the link below, requires that we have a Committee of up to ten members.  Members are elected at the AGM and serve for a maximum of 2 years at a time although it is open to the AGM to re-elect them.  The elected Committee appoints a Convener, Secretary and Treasurer and the Committee is also able to co-opt additional members for that year.

Our current Committee consists of

Our Committee normally meets in August and February with all other business dealt with by email.

Our Annual General Meeting is normally held in March each year. The 2019 AGM was held in the Waterside Hotel, Inverness on Wednesday 13th March; a summary is given in the 'Past Events' page. Our 2020 AGM was due to be held on Wednsday 18th March but has now been postponed as shown on our News Page.

AGM Minutes and our Constitution can be downloaded below.