Award-winning young Black Isle piper Kyle Cameron joined over 500 other bagpipe players worldwide at 10:00 BST today to commemorate the 80th Anniversary of the surrender of the 51st Highland Division along with the 10th French Army after being separated from the British Expeditionary Force some weeks earlier on 21 April 1940. Their valiant defence along the River Somme is a major landmark in WWII history.

Kyle Cameron has achieved much success in his piping career thus far, and Friends of Highland Music are proud to have assisted his progress in recent years with Grants to enable him to broaden his musical expertise. Here is a Link to a video of Kyle playing on the Black Isle opposite Fort George for his part of the commemoration this morning: Kyle Cameron 51st Highland Division Commemoration Video 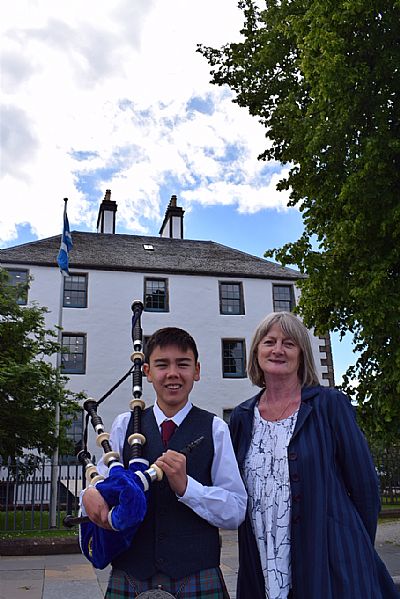